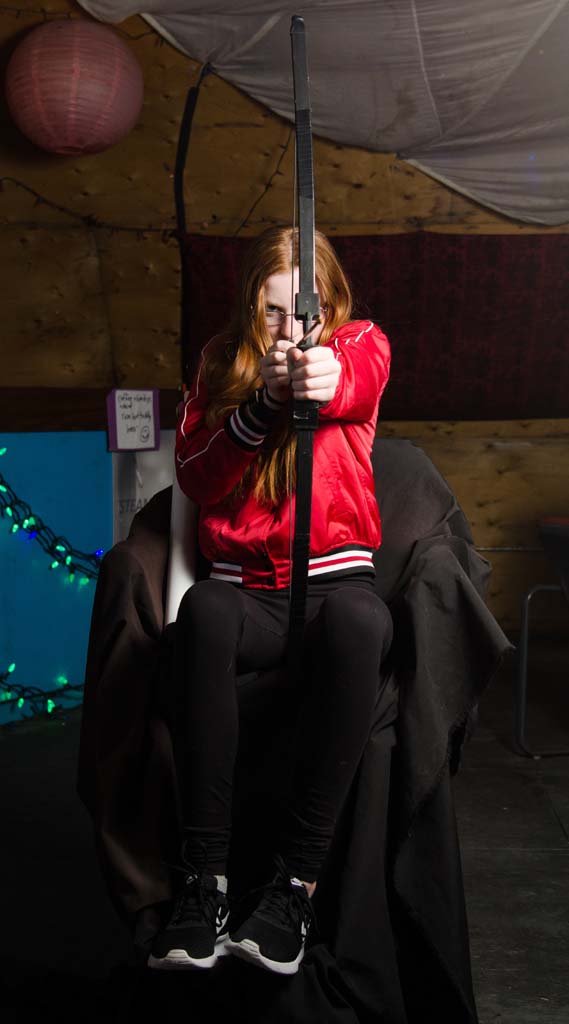 My name is Andrea Geraghty and I did Yellowknife Ground Zero: 72 Hours or Death.

Myself and my Dad were just playing around and then I was like ‘We should involve little people,’ and then he kind of went with the idea of using snow moles, that’s kind of where the idea came from.

When I was in my little hut and I was filming and my dad goes, ‘Is it done?’ And I go ‘Dad, you just wrecked the whole scene!’ and we laughed for a while.

The cold, like the camera died about 17 times so we always had to go back in. Then I was too cold so when I was trying to film outside I’d have to take my mittens off and then my hands would freeze because I had to hold the battery so it wouldn’t freeze. So, in the end, we just ended up sticking to hand warmers on it to go outside.

I don’t particularly like watching them because sometimes they scare me but I love watching how they are made because it’s really different than watching the final product.

I love the people, they are very nice.

It’s my first year running in the competition but last year mine, we just got to watch it.

My dad, he made films since the first Dead North and I was always an actress in them, but I’ve always liked to film myself. He’s very straight on, he’s a very hard worker and he made two films one year and it was incredible – I was so confused on how he did it. There was one year where I helped with a prop, like my mom stabbed herself in the leg and it was really cool how we did it – she actually stabbed it but it was on a piece of foam so it didn’t go to her leg, and it was scary because she yelled like it hit her and we were all really scared. He really teaches me all about how to do films and stuff, he’s a really big inspiration. When I was small I would usually just film myself doing random things so I’m decided to do my own film.

It is very hard to film all of it in one timeline and it’s hard to write a script, very hard.

I really like the demon one. The one where the girl was talking her demons, that was a good one. [Eat Your Demons]

I think it’s very well organized and I love how many creative people I get to meet. It’s really cool to see different sides of how they made their films.