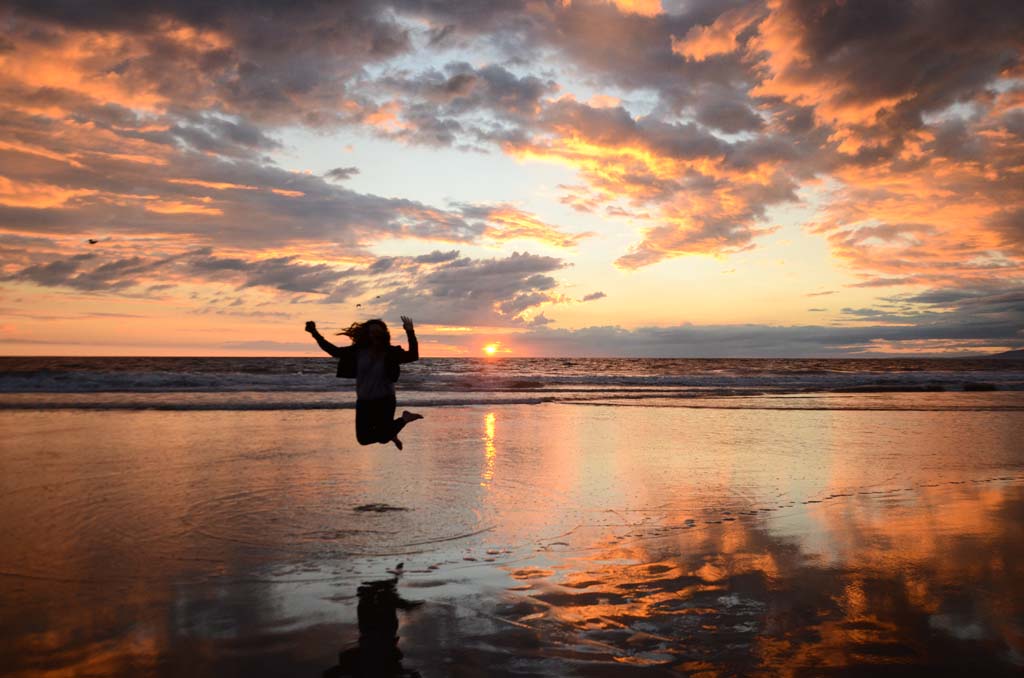 With my best friend and number one favourite person Hanna working for WestJet, we decided that we needed a January getaway to somewhere with sunshine. Las Vegas was our original plan but since we flew standby, when their flights only had eight seats on the way home, we figured we needed a new plan.

The Wizarding World of Harry Potter opened at Universal Studios in Hollywood and we’d been talking about going since the dawn of that world. I suppose we always anticipated it would be a much longer trip, but honestly after spending one day there you really realize that you don’t need nearly that much time.

We left Friday the 13 in the morning and arrived at our AirBnB across from the park around midday. After sorting out our lives we decided we needed to see, breath, and touch the ocean. So we called up a Lyft and had the best driver ever. His name was Jon. (Jon, I hope we can be pals cause you were the coolest dude and we had such a laugh.) As soon as we saw the beach we told him to stop and let us out so we could run and catch this magnificent sunset. It was perfect. Everything worked out so beautifully this weekend and I’m positive it’s because I got to spend it with my favourite.