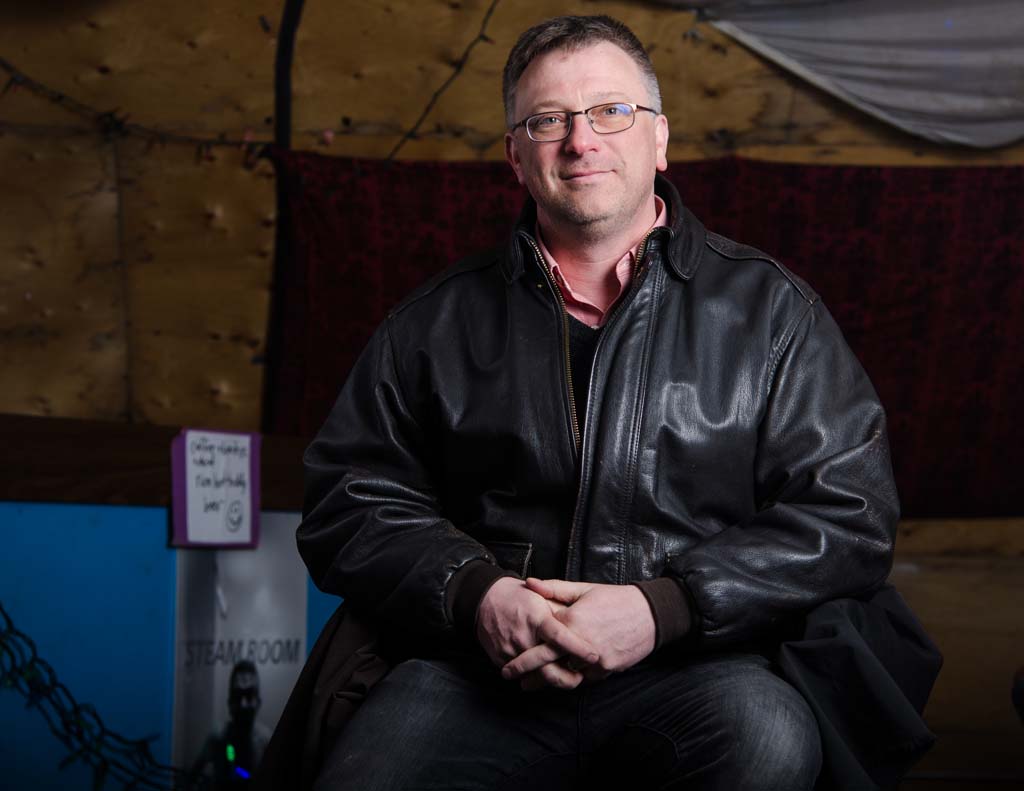 My name is Ashley Geraghty and I worked on the film 72 Hours or Death.

I think it was inspired by some of the mental health that we’re experiencing in our family and also just some of the life experiences that Andrea has had in connection with emergency services and that kind of stuff. It was her idea, I wrote for the submission but the content was mostly her work.

I think the part that I like the best in the film was when Andrea was jumping guard on Loren, it didn’t come through quite so nice as it is in real life on camera but she could’ve choked him out, it was super fun.

The biggest challenge was getting enough people for the search party. I was even offering money and stuff and we still only had a few people come, so getting extras to come out was really tough.

I think with the sci-fi genre what I like the best about it is that it blows up stereotypes, and I think the part I like about the horror part is that it uses stereotypes to its advantage. I like that, stereotypes are awesome to use when you’re a writer.

It’s in the winter, you know, it’s just something to look forward to and to get out and work with other people in a completely different environment from my day job, which, for me at the moment I am designing 911 for the territory – I’m a policy geek is my normal day. And I was with the fire department for nine years as well, at the same time, but it’s still a different side of me.

I started to write as an artistic out. I never really thought of myself as someone who was artistic but I responded to an aircraft crash that was here in Old Town and a female pilot passed away, which bothered me a lot and reminded me of my sister’s passing. So I started to write and wrote a romance novel, funny enough, which I never showed anyone. Then I started to write scripts and my friend, Maxim Bloudov, who had a tv show, Maximum Limit Fishing, saw one of my scripts and asked me to write one for Dead North. I think it was the first Dead North, and I missed the actual deadline. So I wrote the script for that years two Northern Elements and then we put it in the following year because I missed the deadline completely because I was in my own mind. And then yeah, I think we’re six or seven films in now. It’s just fun to get it out.

I think Dead North allows a variety of people, not just people that present as more in touch with their artistic side and allows everyone to participate at some level which I think is super awesome hasn’t become only the elite. It’s a community, it’s hard to explain, but if you do it, you get it. It’s this community and everyone is super supportive and I think that that’s a great way when you’re doing art, to have people like what you’ve done. Every year I say I’m not doing it again, not because I don’t wanna do it but I keep saying that this is the year that I’m going to finish my TV series or actually finish writing my feature because I’m working on both and it never happened so probably, yes. I think there’s a part three in the series, I‘m not certain that Andrea will be saying much about it. But there’s probably a part three that requires some set building, so I’ll be doing the labour.